3. Who Are You Talking To?Identifying Your Audience

In general, if you mapped the public at the beginning of your communications campaign, it would look like the below graphic.

Your “friends” are the 5-10 percent of the public that already support your cause, believe you are a credible organization, will show up when asked, will share your message, etc. You do not need to convince them of the importance of your cause.

Your “foes” are the 5-10 percent of the public that will always disagree with your cause, no matter what you say or how you try to convince them. It’s not worth spending time trying to convince them otherwise, but you will want to limit the amount of negative influence they have on you and your issue.

(The percentage of the population you can trust can count as friends or foes will vary - sometimes significantly - depending on the country, political context, and issue. This chart is meant to be a starting point for mapping out your audiences.)

The biggest space in the middle, usually 80-90 percent of the public, are “strangers.” They don’t know about your organization or issue and so haven’t formed an opinion one way or the other. these people can be further divided into “influentials” - the media, political operatives and leaders, government officials, civic activists, academics, and business and community leaders who help other form opinions - and the general public.

Broadly speaking, every communications campaign is trying to move more and more people from the middle of the above “audience map” graph into the “friends and family” portion of it, effectively moving that vertical line on the left toward the right, while keeping your “foes” line from moving.

But the “general public” is large and varied, and with limited time and resources you’ll need to specify exactly who you want to talk to and prioritize those groups that will help you achieve your overall goals.

“Audiences depend on the campaign,” said Iryna Shvets, program manager of Civil Network OPORA, a citizen observer group in Ukraine. “We are never targeting the ‘general public.’” The group may end up educating members of the general public as a side-effect of more targeted communications, but it is too broad and vast an audience to try to target in and of itself. Instead, they focus on key stakeholders and decision makers for a particular campaign or lobbying effort. For example, if they want to push for changes to law or norms to align them with international standards, they’ll target Members of Parliament or international organizations that believe will support international norms for democratic elections.

Let’s continue with our example to see how this works:

By selecting these audiences, we’re hoping to raise awareness and understanding of the PVT with the influencers who will need to understand, accept, and share the findings of the PVT and with the people most likely to resort to election-related violence. We also want to empower the people who already understand PVTs with the ability to talk about and share this information with their own friends, as they’ll be seen as trusted messengers in their own networks. These are the audiences we believe we need to reach to achieve our goal of raising awareness through web traffic and social media.

Your Turn: Identify Your Audience

Look at your goals, strategies and tactics from the last exercise. Who is/are the best audience/s for each one? Who do you need to reach to be successful and why? You may need to change or refine your tactics as you get a clearer picture of who your audience is.

Look at all the audiences you plan to target with your strategies and tactics. Is there a key audience or group you aren’t speaking to with any of your goals, strategies or tactics? You may need to add a goal, strategy or set of tactics to ensure that you are reaching a key audience you inadvertently left out.

For example, let’s say you’ve gotten this far but none of your strategies involve reaching the audience of the political party in power - even though they will be an important group to accept the legitimacy of the PVT findings. Revisit your goals, strategies and tactics to think about how you’ll talk to them and what you hope to accomplish when you do.

Reaching Your Audience Without Mainstream Media

In Serbia, the Center for Research, Transparency and Accountability (CRTA) targets representatives of the election commission, the independent media, political parties, other civil society organizations, and the international community in order to get its message out about the election observation process and findings. The group also communicates broadly with the public and especially with those members of the public they believe will be active in defending democracy and volunteer or otherwise support CRTA and its work.

However, they have to come up with direct contact and outreach strategies for each audience, because they are blacklisted by the pro-government mainstream media, and therefore can’t rely on major media outlets to disseminate their messages for them. Instead, they create a different product (videos, infographics, high-level briefings) and customized message for each target audience. They begin by creating content for a broad, public audience, since that is the largest audience. Then, they transform and repurpose those general educational materials for the public with specialized messages and formats to reach their other targeted audiences, like holding private briefings with higher-level information for the international community. 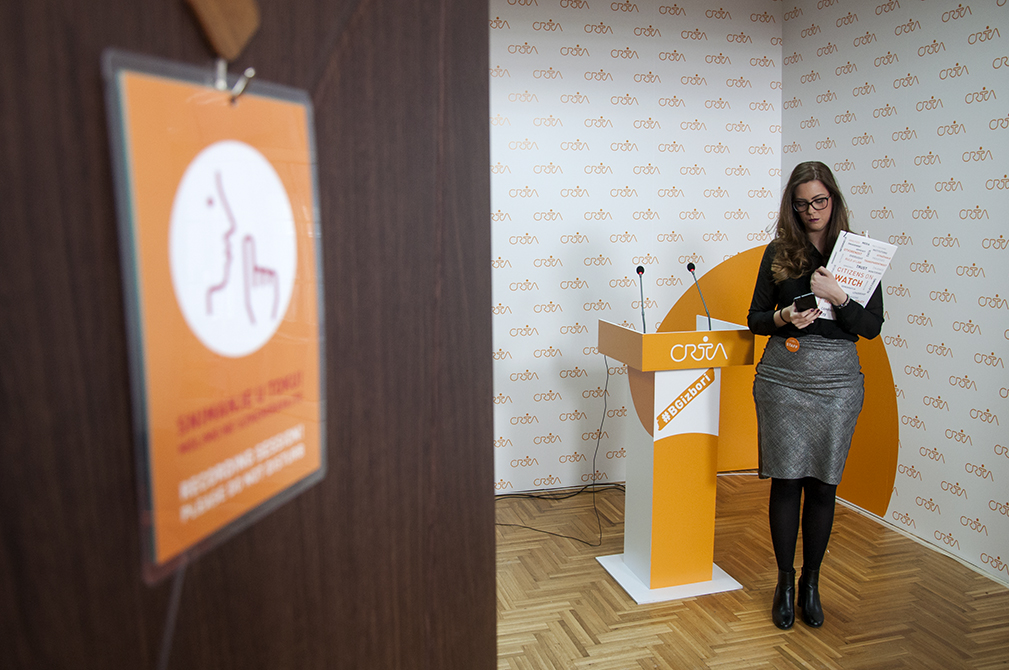 By definition, your foes will disagree with your goals, and you shouldn’t spend time trying to convince them otherwise. But that doesn’t mean you can ignore them.

Limiting the influence of foes may need to be its own goal, with strategies, tactics, resources, and audiences identified. Or you might integrate it throughout all your goals and strategies. What you decide will depend on how powerful, trusted, and pervasive your foes are. But whatever you choose, do not ignore your foes. Assume that they will be working just as hard as you - often with significantly more resources at their disposal - to communicate with your key audiences about their goals.

This is particularly important if your group is operating in a repressive environment and/or a country with closing political space. In these contexts you will need to dedicate significantly more time and resources to the issue of addressing and/ or mitigating the damage that foes can do to your ability to communicate effectively with your target audiences. Authoritarian regimes use a tremendous amount of resources to suppress, discredit, or silence credible information about elections and the findings of credible observer groups. These regimes have strong influence and, in many cases, direct or indirect control over the traditional media. Online media, including social media, may also be restricted or blocked during critical times surrounding elections. Some governments and political actors have increasingly used tools such as bots and trolls to flood citizens with disinformation [Disinformation is when false information is shared with the intent of causing harm.] and propaganda. This includes making false accusations that election observer groups are instruments of foreign governments, creating and highlighting government-organized non-governmental organizations (GONGOs), and using “zombie observers” to produce reports claiming that flawed elections are credible. [‘Zombie observers’ are observers used by anti-democratic governments, organizations, and parties to undermine genuine election observation and analysis. They typically only offer positive electoral assessments.] See Section 8 for more details on planning for crises and attacks from your opponents.

Get to Know Your Target Audiences

By now, you should have a list of audiences you plan to reach. To reach them effectively, you should spend some time getting to know them.

Here are three questions you’ll want to research about all your target audiences. The answers to these questions will help you determine effective messages, messengers, and platforms later on.

1. Where are they? This refers to where they are both geographically and online. If your influencers are all in the capital, it doesn’t make sense to buy ads in newspapers outside of the capital. If you’re trying to reach young men ages 16-26 and they are all on Facebook but not many on Twitter, don’t invest time and resources into Twitter.

2. What are the main ways they consume information? Do they get it online? In print? On the radio? Are there specific websites, platforms, services, publications, TV shows, or people they trust? If your key audience listens to the same radio program at 3pm every day, you may want to buy an ad during that program. You also may not want to schedule your own event for that time.

3. Who influences them? Who are the trusted messengers for your audiences? This could be a politician, celebrity, academic, journalist, or a member of their family or peer group. By identifying people who are already reaching your target audience, you may avoid having to build that audience from scratch. Think expansively and creatively here. The person that influences your target audience may not be well known to you.

A Note About Influencers

In some cases, in order to reach a very broad audience, you might consider reaching out to a very narrow one. Those “influentials” at the top of the above audience map already have extensive networks and audiences of their own. Be sure you’re not trying to replicate someone else’s audience from scratch if you can reach out to them directly and tap into their audience instead. For example, if you are trying to affect change in one particular community, you may be able to identify the religious or political figure who has the most influence in that community and reach out to that one person directly, rather than trying to reach out to the entire community yourself.

What If You Don’t Know the Answers to These Questions?

If your audiences are different from you, you may not know these answers off the top of your head. Don’t make assumptions or guesses! Try to research these audiences to get a strong and complete picture of them. Here are some ways you can research your target audiences. (Note: it is probably most practical to combine audience research with messaging research; see next section.)

Using what you already know about them from any available data, focus groups, and/or interviews, create detailed profiles of your key audiences in the below boxes.

When you’re done, you should have a pretty detailed picture of your target audiences. To continue with our example above: